Seven Siblings, Two Houses, and No Will 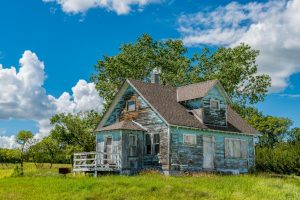 Seven Siblings, Two Houses, and No Will

Let’s talk about Dave and what I like to call the case of the seven siblings.

Back in the 1920’s, Dave’s grandparents bought a 5-acre farm in southeast Texas. They raised ten children there. One of them was Dave’s father, who continued to live on the farm after his parents died.

Dave’s parents raised seven children (including Dave) on the farm. Although Dave moved away, two of his siblings and their families continue to live on the property.

Meanwhile, Dave went on to own a successful oilfield service company. In fact, he did so well that he sold the company and retired at age 55 to pursue his love of writing.

Dave’s siblings haven’t done so well. Ever since his parents died, Dave has paid the property taxes for the farm even though he doesn’t live there. He’s glad to do it, because his two siblings otherwise couldn’t afford a place to live (other than with him).

Who Owns the Property?

Here’s the problem. Dave’s grandparents never left a will.

According to Texas law, when they died the property was split equally between all ten of their children.

Then, if any of their children passed away, their interest was split among their descendants. And so on.

There are a total of 43 descendants (children, grandchildren, etc.) of the original property owners. That means 43 people with some degree of legal ownership of the property.

Dave thought he was the official owner because he’s been paying the property taxes. Not true. His ownership level is the same as his siblings; they all inherited one-seventh of their father’s one-tenth share.

Likewise, his two siblings who’ve been living on the property don’t own any more than he does.

And just to make everything even more confusing…none of the descendants have made any kind of estate plan.

The current messy ownership situation makes it almost impossible to do anything with the property.

Let’s assume someone wanted to rent part of the property to farm it. Or a developer wanted to buy part and subdivide it.

They would need to get agreement from each individual owner. In other words, 43 separate legal agreements.

Putting that together would take a lot of time and attorney’s fees. And if one person objects, there’s no deal.

Another issue: if Dave were the property owner, he would qualify for a homestead exemption to offset some of the property taxes he’s been paying. Unfortunately, the current situation doesn’t allow that.

What Can Be Done?

Obviously, having 43 separate property owners isn’t a desirable situation. We can’t roll back the clock to Dave’s grandparents, but the situation can be helped moving forward.

There are a few ways to work around the situation.

Obviously, either requires getting all 43 separate owners to give someone power of attorney. This will take time. In fact, Dave has been working toward something like this for five years.

What is the Point of This Story?

This can happen to any family that owns property. Without proper documentation (like a will, trust, or transfer of title), ownership gets split between heirs.

After a couple of generations go by, like with Dave’s family, property ownership can get so complex that doing anything that would benefit all of the heirs (like renting or selling) becomes virtually impossible.

Also, complex ownership can cause potential tax problems. In the worst-case scenario, the family could lose the property due to non-payment of taxes.

Don’t be like Dave’s family. If you own property, have an experienced estate attorney make sure your estate documents reflect your wishes and legally protect you, your family, and your estate.

Remember: we can’t predict your future, but we can help you protect your legacy.