Do This…Just in Case the Worst Happens 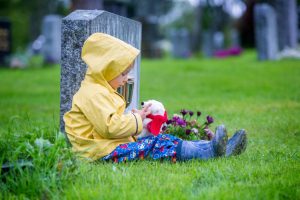 Do This…Just in Case the Worst Happens

This is a true story…

A couple from Texas were on vacation in Colorado with their three children: twin 10 year-old boys and a 4 year-old girl.

They were involved in a terrible car accident while driving on icy roads. Both parents were killed but the children survived, although the two boys were severely injured. The girl escaped with minor injuries.

But the parents didn’t have anyone designated to be a guardian for their children. Until their relatives in Texas could file for guardianship with the Colorado courts…guess who was legally responsible for that couple’s children?

The State of Colorado. Who, I’m sure, are caring, well-meaning people…but they’re not family.

The Question You and Your Spouse Need to Ask

If you have dependent children, you and your spouse (or partner) need to ask yourselves this:

If both of you died or became incapacitated unexpectedly…what would happen to your children?

Don’t think this would ever happen? You’re not alone. But if you don’t have a plan in place…just in case…the consequences could make a terrible situation even worse.

The story at the beginning of this article may seem like a worst-case scenario, but it happens all too often. No one likes to think about possibly dying, especially when you have young children.

But if you don’t leave explicit, legal instructions for who will be responsible for your dependent children, then guess what happens?

They become “wards of the state”. Even if any close relatives or friends who might take care of them are in the same state.

And it could take weeks, or even months, of legal action before your children are placed in the care of people who know and love them.

This can even happen if you and your partner are incapacitated, or just unavailable.

No one likes to talk about things like this, but they really happen. And it’s much better for your children if you have a plan ready “just in case”.

What You Need to Do

The good news is you only need to do two things:

If the couple from the story had taken these steps, there wouldn’t have been any uncertainty about who was responsible for their children.

The people designated as guardians by the couple would have contacted the Colorado authorities, established they were the legal guardians, and taken responsibility for the children much faster than if they had to go through the child welfare system.

Obviously, losing both parents would be traumatic for your children. But you can make it easier for them to move forward if it happens.

You can’t predict the future. But if you take these simple steps, you can make sure your children will be cared for by people you trust if something happens to you.